Bill Collier, Spanky or Pop: a man known for his brilliance, strength and proficiency.
By Reagan Collier-Hogan

What is so Special About a "Pee-Pee Stool"?

It was the fall of 1993, and Spencer had just turned three years old. Spencer was the little boy that my grandmother, Sue Collier, or “Mema” as I like to call her babysat for. Soon after his third birthday, his parents and my Mema decided it was time to begin potty-training, but there was a problem. Spencer was probably just over three feet tall and could not reach the toilet seat. So, my grandfather, born October 17, 1951 in Fort Edward, New York, as William Collier, known as Bill or “Spanky” in our town and “Pop” to our family, swiftly went to create a solution. He returned with a hand-crafted “pee-pee stool, complete with a carving of “Spencer” on top. His creation unknowingly was the start of a family tradition that would last for twenty years.

Three years later on November 10, 1995, my older brother, Ryan was the first grandchild to be born. As Ryan began to potty-train, like Spencer, he had difficulty reaching the toilet seat. So again, Pop went back to work. This time returning with a “pee-pee stool” with a carving spelling out “Ryan” on top. I was the next grandchild born but had no functional use for a “pee-pee stool” as a girl. Pop exclusively made these stools for functional use for only the boys. The functional use evolved into a family tradition for all grandchildren when the fourth and fifth grandchildren were born; fraternal twins. Functionality aside, Pop could not make a gift for only his grandson, so that was the start of the tradition being carried onto the granddaughters, too. The last two granddaughters received their hand-crafted personalized “pee-pee stool” just like all the rest of the grandchildren, except for me. Still to this day, I question how the "favorite grandchild" or at least that is what I call myself, did not receive a "pee-pee stool."

His creation unknowingly was the start of a family tradition that would last for twenty years. 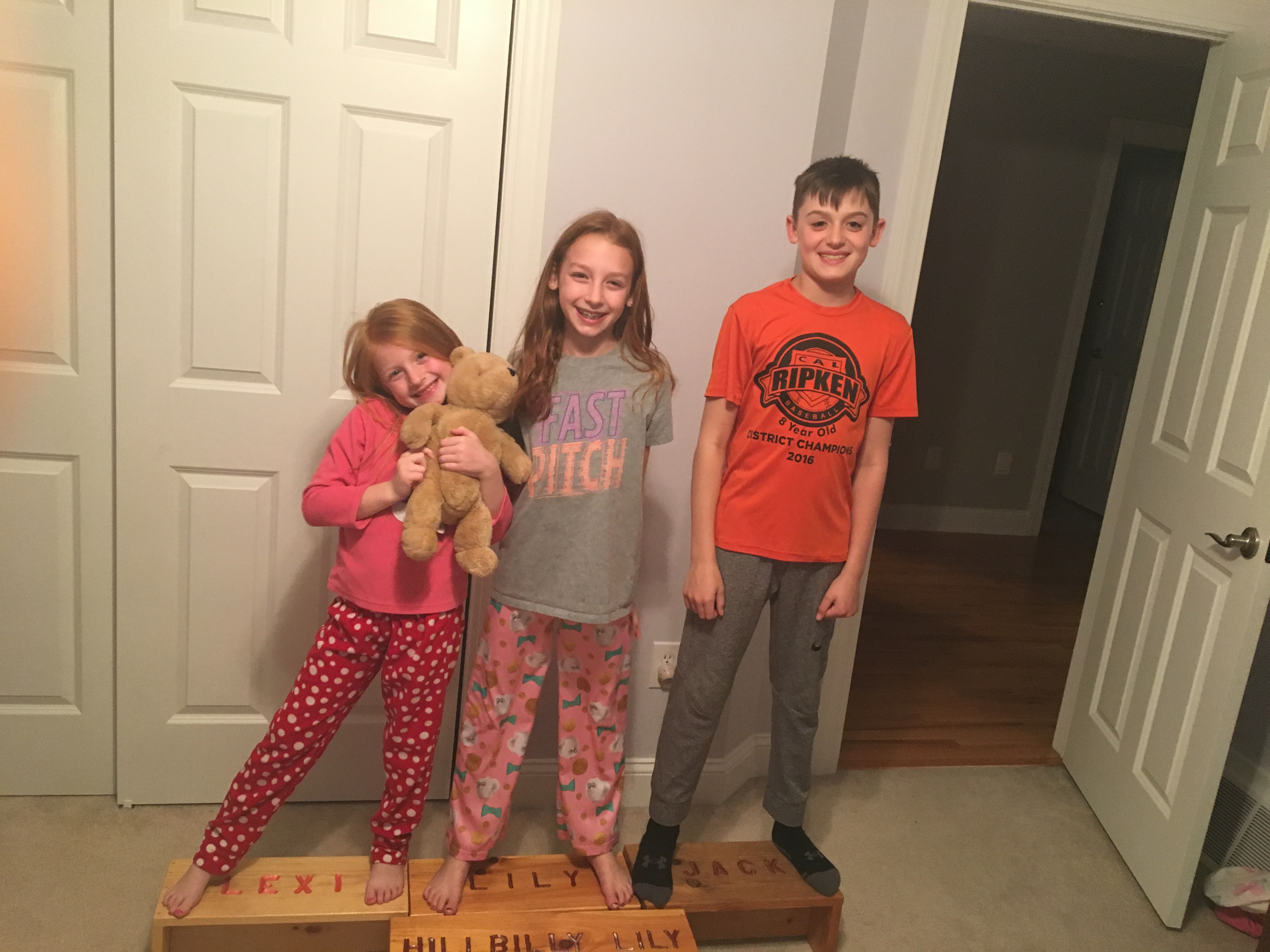 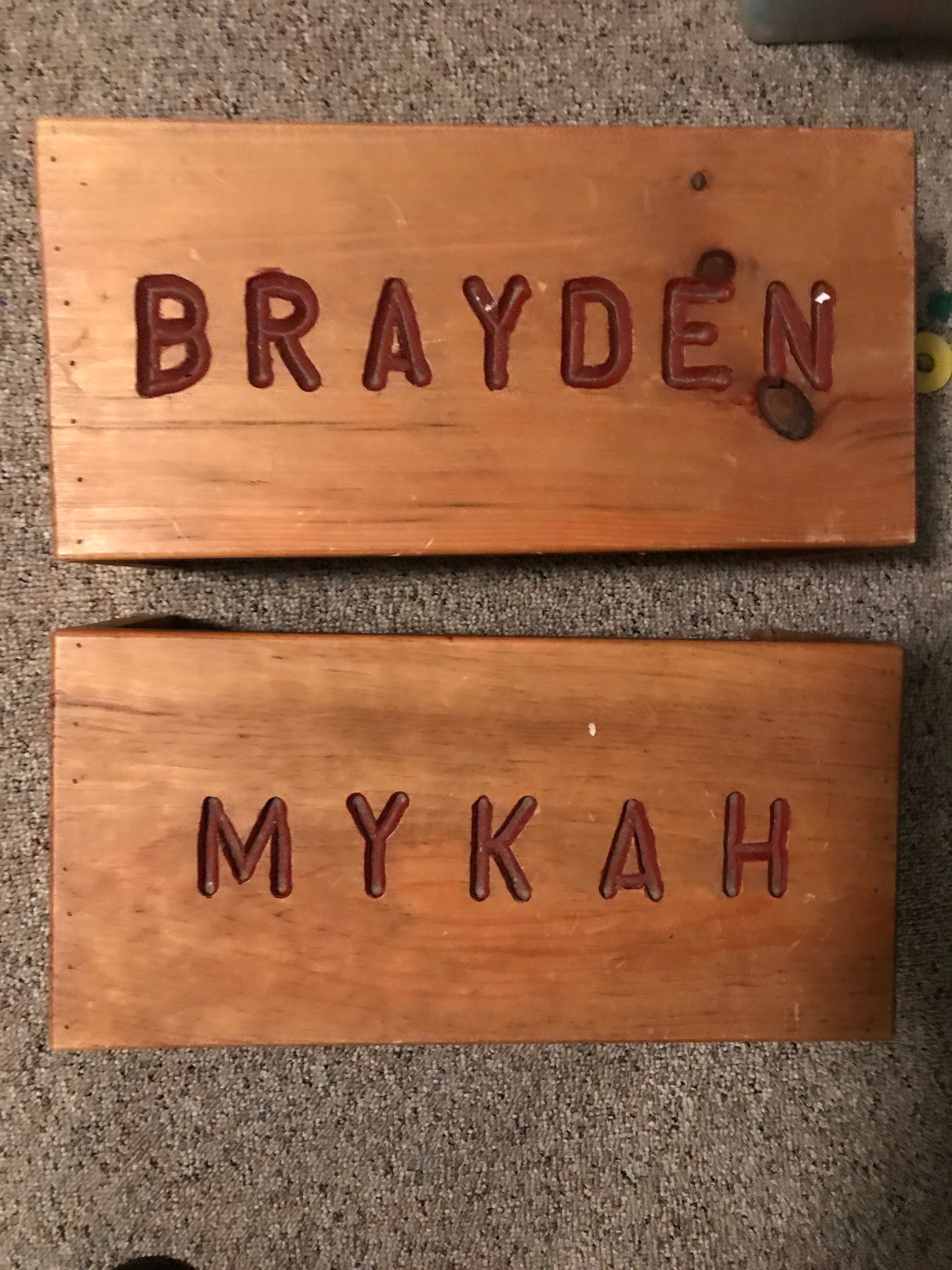 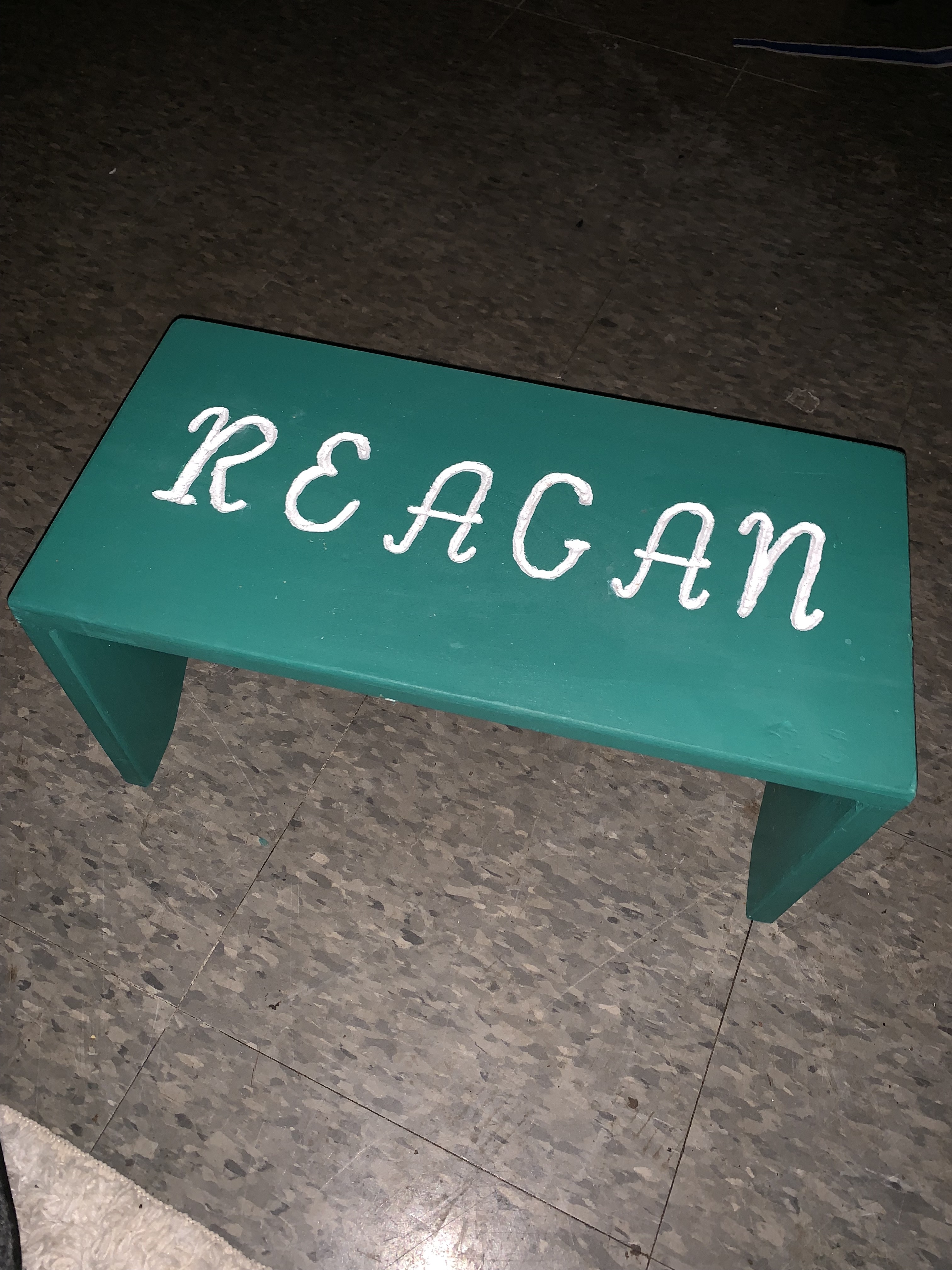 After twenty-three years of fixing machines at the Scott Paper Mill, he was ready for something new. For anyone who knows him, knows that Spanky takes pride in his independence. So, Pop took the initiative to create for himself. S & S Electrics which stands for Sue and Spanky, was built from the ground up in 1992 out of my grandparents’ house on McIntyre St. The same house that my mom and I live in today. Although S & S stands for Sue and Spanky, Mema is the first to admit that she did not contribute much to the business. Between raising four children and the fact that Spanky’s receipts were nearly impossible to organize, she slacked on the paperwork. Another thing to known about Pop is that he is a very stubborn guy who is almost impossible to change. To this day, receipts and paperwork are still scattered across his van and shop. To outsiders it appears to be an unorganized mess, but this is the way in which he operates best. Despite the tornado of paperwork that invaded his workspace, S&S Electrics remained successful in our small town until about 2002, neither Mema or Pop can remember exactly. This success can be credited to a few things; Spanky's "familiarity with his customer base," and his trusted skillset in electrical work, plumbing and HVAC work (Collier, B). 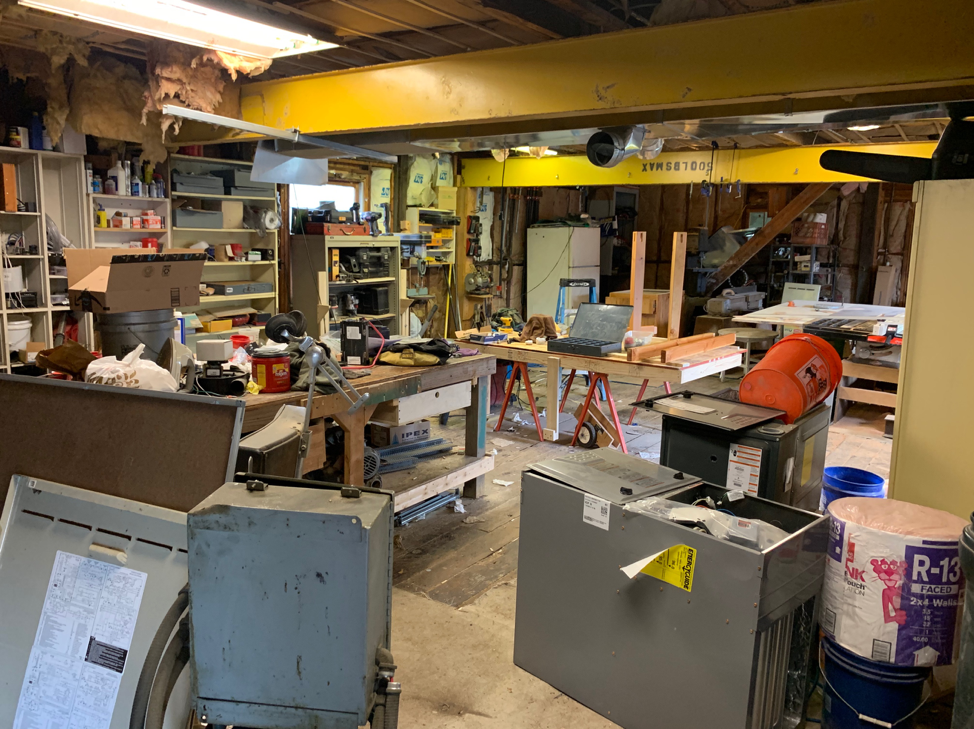 How Would You Describe Pop?

Whenever I am asked, I am always proud to tell people that I am Spanky Collier's granddaughter. Here is how those closest to Pop describe him:

Caption
Pete Brown credits Spanky for all of his help over the years. (The Chronicle)

This news clipping is just one example of the impact Spanky has had on the community over the years.

Spanky: Smart, quick witted, Great Friend, mentor and teacher, and never judge a book by its cover (B McCarty).

Our Pop is smart, incredibly hard working, and selfless in giving of his time, sharing of his knowledge and rarely asking or accepting much, if any, in return ... evidence of the pride he takes in his work and his genuine care in helping others often in times of need...extreme cold, power out, late nights as furnaces are broke (J Collier).

When he was at Scott Paper Mill, they would always page Bill Collier because there was nothing he couldn't fix. He would figure out any problem... one of the smartest men I have ever met (T Fisher).

What My "Pee-Pee Stool" Means to Me

As the saying goes; Pop saved the best for last. After years of harassing him about it, I finally received my personalized hand-crafted "pee-pee stool" for my high school graduation present. Today, it sits under my bed at St. Lawrence University. The stool may not serve the same everyday use purpose it once did but that does not mean there is no use for it. The sentimental meaning has grown immensely for me overtime. Now, my "pee-pee stool" serves as the link between Pop and I as I am three hours away from home. 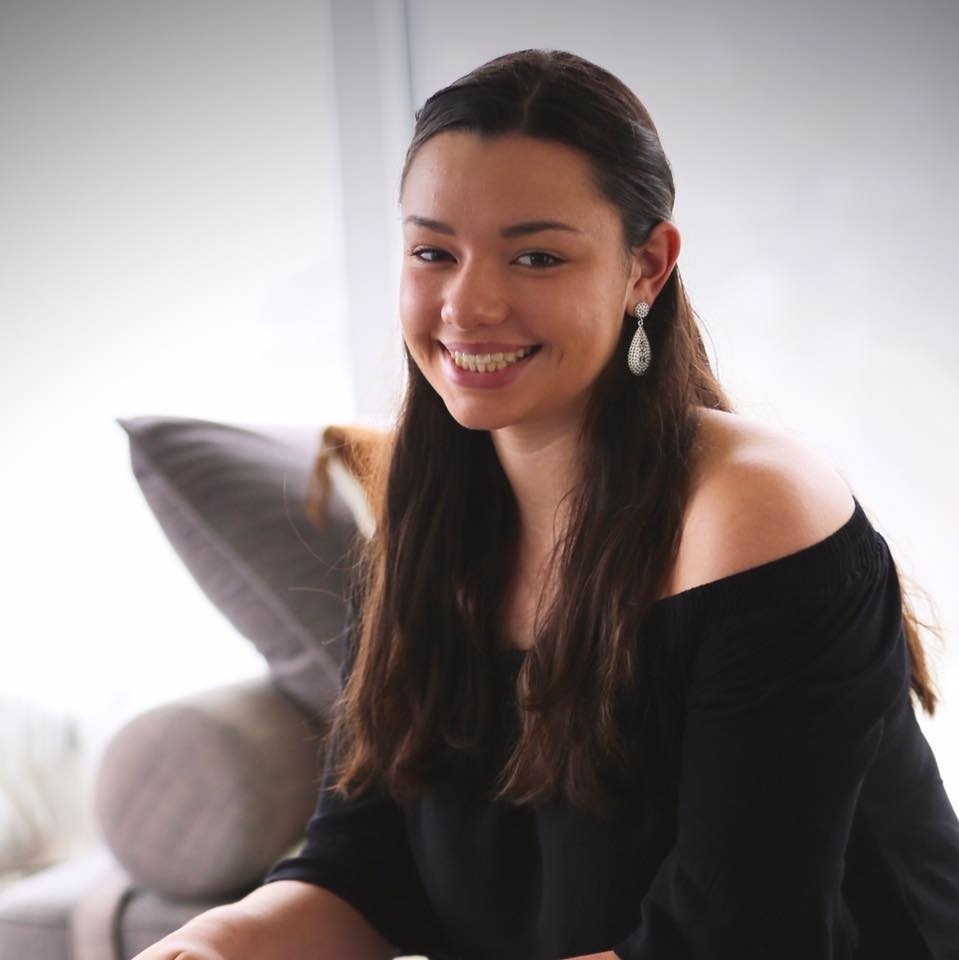 Reagan is currently a first-year student at St. Lawrence University pursuing a double major in Sociology and Psychology while being a member of the Saints Volleyball team. This project has increased her appreciation for her upbringing in Fort Edward, New York. The close-knit community along with her family have shaped her into the person she is today. So, she is thankful for the opportunity to create this project out of love and respect for her Pop and all of the hard work he has put in for his family and town. 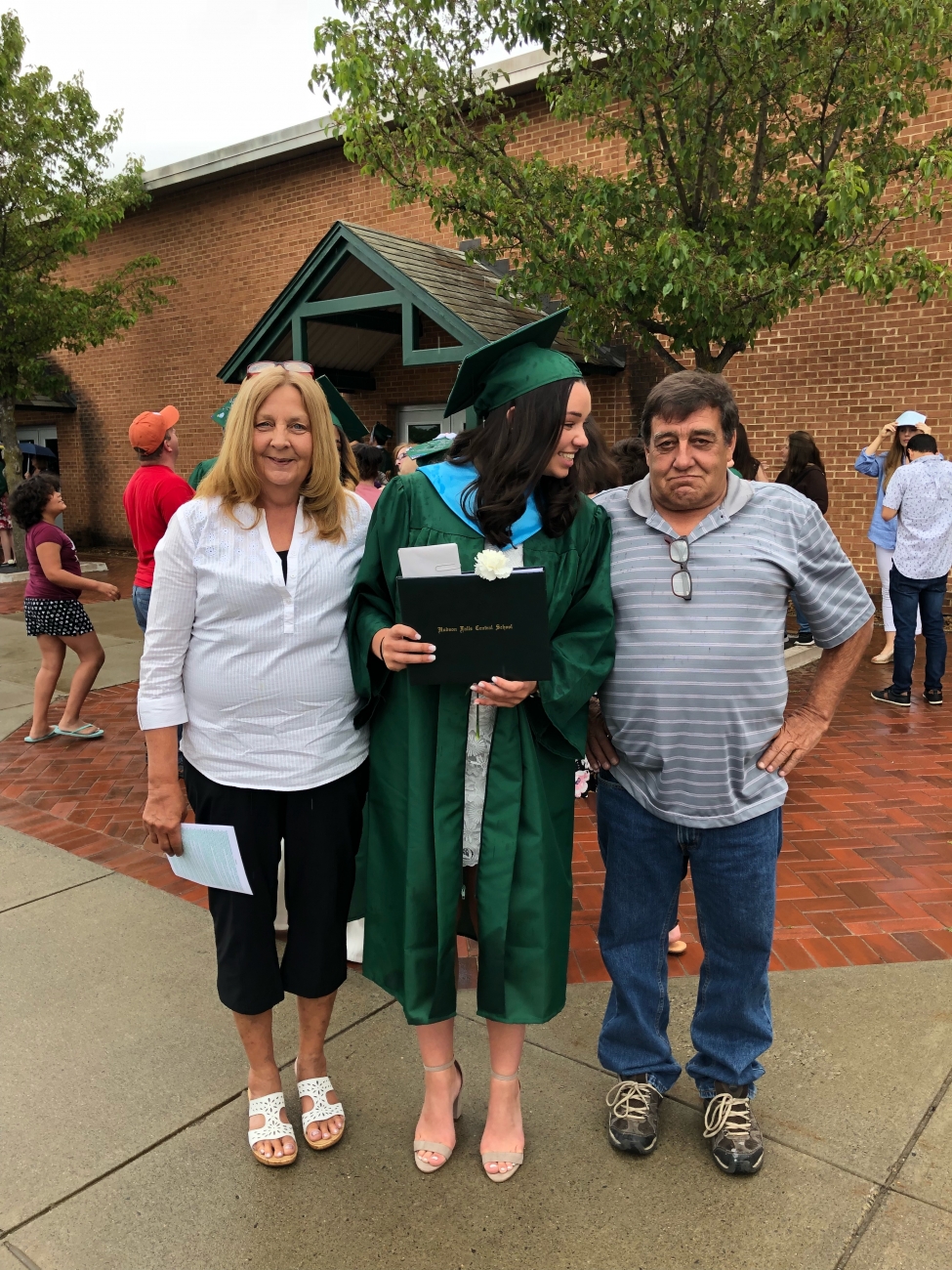 Caption
Mema, Pop and I on the day of my graduation. (Photographer Kim Collier)